You are here: Home / Book Bits / The Sudden Intrusion: A Bit of Ecstasy

On Monday, in my Reformed defense of mysticism, I write that to Reformed is to be mystic. That is, if we actually notice God in every “square inch” of his world. If we call God drawing us to him with his irresistible grace what it is: ecstasy itself.

Today, I offer an excerpt from Broke, a moment when ecstasy or the “sudden intrusion of the divine into the ordinary” happened to me.

As Fredrik tugged at the heavy, wooden doors to the lodge’s basement, I ran my hands along the stone foundation walls. When one window shutter proved unlocked and loose, we peeked in, hoping to find ancient paddleboats and oars, rotting picnic tables and benches. Instead, we peered in at a room filled with stacked conference-room chairs. We laughed about our find and pressed on. While holding Fredrik’s hand as he climbed up and along the stone walls, I wondered aloud what made the place so magical.

“Good call,” I said, as Fredrik grabbed my hand tighter and jumped off the wall so we could watch the fishing couple catch, wrangle and release a frog from their line.

And it was a good call. That was exactly why, I realized, this stone building in this bit of woods along a river-like creek in the near-west suburbs of Chicago dazzled me every time I was here. It was like Door County, Wisconsin. Specifically, like the wood-and- stone cottages and the stone walls that wound along roads in Door County’s Peninsula State Park, my favorite place on earth.

I slapped my hands on my thighs, “Ready to go, bud?”

Instead, my son pulled me back up the stone steps, round the bend and into the lodge to see the wooly mammoth skeleton once more. As he walked around the display, pointing at bones, asking which they were, I noticed something remarkable. Next to the skeleton was another, glass-encased display I had looked at a billion times—with pictures of those early canoeists and picnickers, of smiling men in striped bathing suits and women with parasols.

But this time, I read what I had not read before. This lodge, the veranda and the walls my son had just climbed on and jumped from had been built by Franklin Delano Roosevelt’s Depression-era Civilian Conservation Corps. As I read on, my mind tunneled a bit, zipped back to the previous summer, when I had read these same words, this same statement on a little roadside plaque in Peninsula State Park, the very one we’d just been talking about. This lodge, those lodges; this wall, those walls; these favorite places—300 miles apart—had been crafted during the same time, from the same government program, from the same types of men, desperate for work during a desperate time. Out of financial calamity had sprung two of my favorite places on earth. It was as though God wanted to remind me what he could do with hard times.

And now new words came into my mind—not words from the Psalms, as they had when we sat by the creek, but from the novel, Cutting for Stone, I’d recently read by Abraham Verghese: “If ecstasy meant the sudden intrusion of the sacred into the ordinary, then it had just happened to me.”

Maybe thirty minutes after being still and choosing to know that God is God, he intruded. And it was ecstasy, which I’ve known to be those brief moments when I’m so aware of God’s hand, so keen on his message, so moved or at ease or fired up in his presence that the world blurs away, and my mind and soul zero on in on the very face of Jesus. A sort of tunnel experience—me at one end, God at the other and light in between—and we zip together, ever closer. Until, that is, life snaps me back. As was the case here, when my son—who had moved on from the mammoth fossils— wanted company as he climbed the tight-winding steps to perch in a giant bird’s nest.

-Excerpted from “Serendipity” in 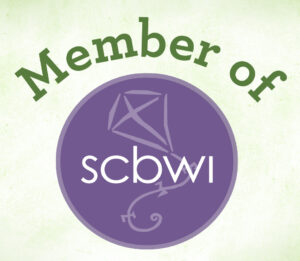